From October 2016 volunteers have been working on the Fairfield Collection, attending workshops on Oral History collection and helping to sort, re-package and list the archives that were transferred from the Halls.

The volunteers have contributed additional displays and extracts from oral history interviews, with accompanying information and images on touchscreen monitors. Actors, staff, musicians, community groups and audience members all tell their stories and recall the most memorable moments in the history of Fairfield Halls.

The volunteers have risen to the challenges of the project with the help of Volunteer Manager Viva Msimang, Project Manager Nicolette Hamilton, Borough Archivist Lindsay Ould, Museums Collection Officer Emily Lansell and Kate Vennell, trustee and chair of FAB Croydon the arts charity awarded the funding to manage the project. 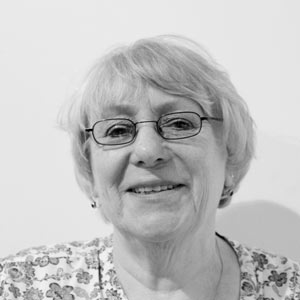 I worked as a steward at the Fairfield Halls from may 2007 until its closing in July 2016. I had been a user of the Halls since its opening in 1962. Stewarding is a voluntary job so you have to have personal motivation, loyalty and reliability. As the Halls closed we were asked if we would like to work on the Fairfield Collection project as a lasting legacy of the arts in Croydon. I have been working on archiving Fairfield historic documentation, show ledgers, stage door books and visitor books. As a Croydonian I have found the work extremely interesting, cross-referencing entries and collating information along with my own personal knowledge of the Halls. It has been very worthwhile. 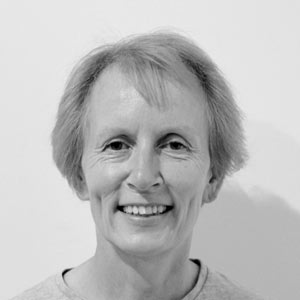 I am interested in cinema, theatre and dog walking. I live in Wallington with my husband and two children, both of whom are nearing the end of their education. I was looking for an outside interest and started stewarding at Fairfield Halls about 3 years ago. I am sorry to see the halls close but I am looking forward to them opening next year. 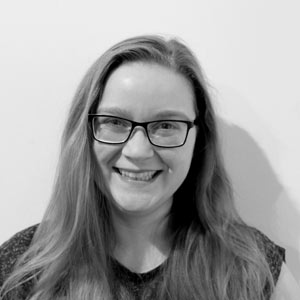 I first became involved with Fairfield Halls as a steward in 2012 as a way of helping the community and extending my interest in theatre. I decided to help the Fairfield Project to help ensure that the exciting history of the venue is preserved. 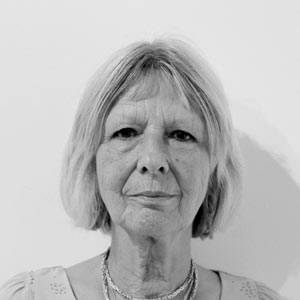 Fairfield Halls closed too soon for me. I was only a steward there in latter days for 18 months. Through working on the Fairfield Collection project at the Museum of Croydon I realise even more what a fantastic venue it was and hope it will be in the future. 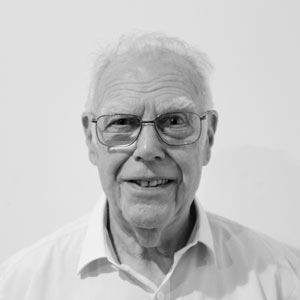 I became involved in the Fairfeild Halls Corps of Stewards in 1999 at the time of my retirement from full time work. I have lived in either Croydon or Caterham all my life. During the time at Fairfield I was involved in many aspects of the running of the Corps. from 2002 to 2005 I was the Rota Secretary and involved in the development of putting the system on a computer programme. Following that I was Corps Chairman from 2006 until 2013/4. I was also a Chief Steward and involved in many aspects of the running of the Corps’ other activities. I got involved with the Fairfield Collection project because I thought it would be a good idea to investigate the full history of Fairfield. This has proved to be very interesting and worthwhile project. Lets hope Fairfield opens on time. 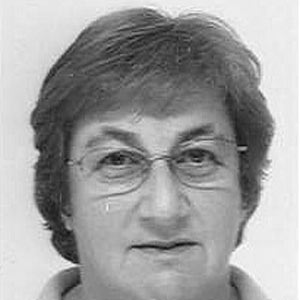 I became a steward at Fairfield Halls in 2009 and later elected to the stewards committee. I am privileged to be allowed to be part of the heritage project; handling Fairfield artefacts, sorting and logging information as a permanent reminder. 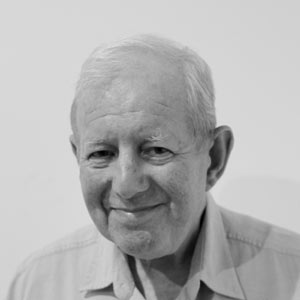 I joined Fairfield in October 1998 and worked as a steward for approximately three years. I liked meeting people and became a Chief Steward. As I was now retired I often worked three or four sessions a week. My memories of shows is hazy. I was more interested in people than shows. After becoming Chief Steward, I also worked as Assistant Treasurer, which I enjoyed until closure. I have liked archiving and particularly enjoyed looking at and working on the signature books. I was pleased to see records being entered onto the computer. 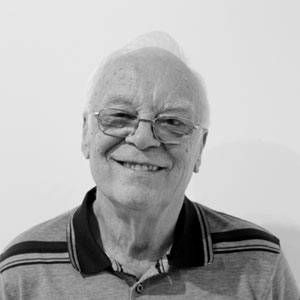 Fairfield Halls has always been an important part of my life. I attended many shows and plays over the years and in 2007 became a volunteer steward. This lasted until the closure in July 2016. In addition to this, I had the privilege of performing in the Ashcroft Theatre, resurrecting my singing career after approximately 45 years! The Fairfield Collection project has been an exciting adventure. I have learned much of the history in a friendly and supportive environment. The experience reinforced my belief in the vital importance Fairfield has played in the life of the Borough of Croydon. 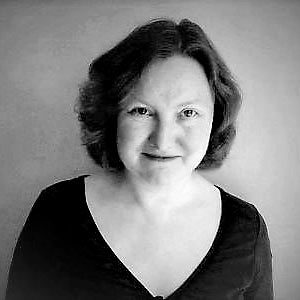 I’ve been involved with Fairfield Halls in various ways; as an audience member, local arts reporter and a performer, and I was interested in joining the FAB project to help document the venue’s history. I started by contributing to the blog and also talked to school pupils about the pantomimes which were a popular annual tradition. 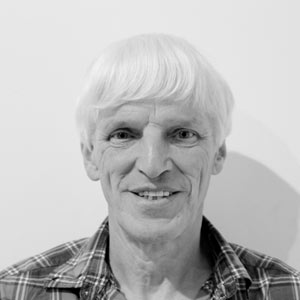 As someone who has attended shows at Fairfield since 1964, the venue has provided much entertainment over the years and on retirement from work 10 years ago, I took up stewarding at the Halls, something I have wanted to do for a long time. After becoming a steward, I then became a Chief Steward, Training Officer and was elected the Corps of Stewards Chairman in May 2014, a position I held until the closure in July 2016. It was an amazing experience and I am delighted to be part of the Fairfield Collection heritage project researching and discovering over 50 years of our arts and entertainment history. 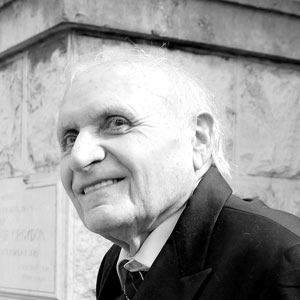 Born 1928. Joined Fairfield Corps of Stewards August 1963. Resigned January 2014. Served on the committee as Rota Secretary during this time. Now helping with the Archives.

I was a steward for 8 years, I enjoyed what I did, the shows I saw and met some nice people. I also enjoy the archiving sessions. 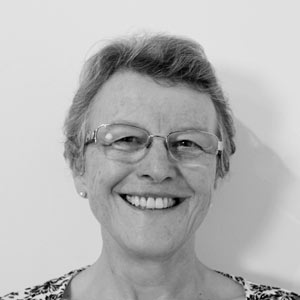 I joined the Corps of Stewards in late 2012 after moving to Sutton, and seeing the advertisement for stewards in the Fairfield Halls programme. Although I grew up away from Croydon, I do remember my father listening to the BBC’s Friday Night is Music Night, often from Fairfield Halls Croydon – little did I think that 50 years on I would spend my retirement as a steward there! 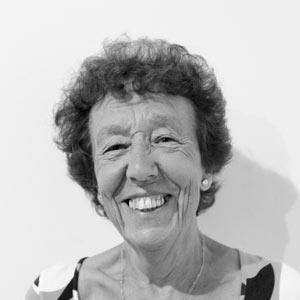 I saw an advert for Fairfield Stewards on the back of a Fairfield ticket so I applied! I started in November 2014 and enjoyed every minute of it! It was lovely to help Fairfield patrons, and fellow stewards were great to work with. During my time as a steward I attended many different types of show, concerts and exhibitions. I do hope that when the Fairfield Halls reopen that volunteer stewards will still be needed. One of my fellow Fairfield stewards mentioned that she was helping with the archives and how interesting it was. I decided to give it a go and it has been absolutely fascinating. Reading through the Fairfield programmes with all the varied events was so interesting, and looking through the books and autographs of famous people who had performed or visited there was a real eye-opener. 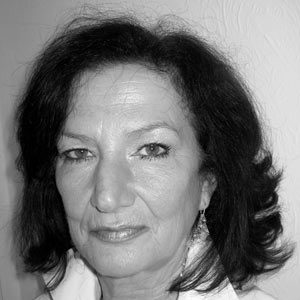 I was a member of the Corps of Stewards for almost three years and was a Chief in the Ashcroft Theatre during the last year. When the Fairfield closed I volunteered for the Fairfield Collection Project to keep involved with the Fairfield, and to learn more about its history and the people connected with it. I worked initially on archiving some of the programmes, signature books and booking registers but then became involved in the oral histories, which I particularly enjoyed. It was fascinating to meet people, hear their stories and learn more about them and what went on. It has been a great experience so far and I hope it will continue for some time to come.

The Museum of Croydon

The Museum of Croydon explores the story of Croydon from 1800 to the present day. Over 250 objects are beautifully displayed and interpreted through the voices of local people in our 1800 – NOW galleries within the Croydon Clocktower on Katharine Street, Croydon.

The Museum of Croydon in partnership with FAB Croydon and with support from Heritage Lottery Fund have collected oral histories and anecdotes that tell the story of the Fairfield Halls from its beginnings.

Please note our Research room is open Tuesday – Saturday from 10.30 – 17.00 and we require a minimum 48 hour notice period to retrieve items for your visit. 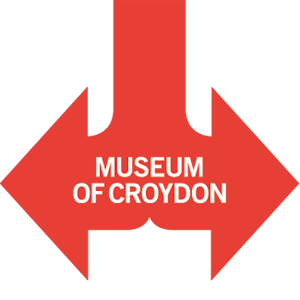 FAB Croydon delivers projects connected with the arts and cultural heritage in Croydon and South London.  Following a successful application for a grant from Heritage Lottery Fund, FAB Croydon has managed the project in partnership with the Museum of Croydon, and supported volunteers working on the Collection.   FAB Croydon is touring selected elements of the Collection to community spaces, schools and residential homes.  For further information or to enquire about community tours, please see https://www.facebook.com/FABCroydon/ or contact admin@fabcroydon.co.uk. 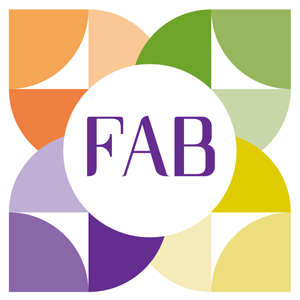